I particularly like the saber action on the windshield of the Opel
Blitz! It was somewhat less effective on the tank however!
Posted by Don M at 3:44 PM 4 comments: 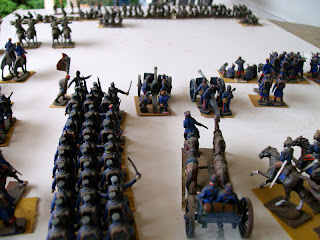 Email ThisBlogThis!Share to TwitterShare to FacebookShare to Pinterest
Labels: Figures And Modeling, Painting, The Early Years, War Games From The Net 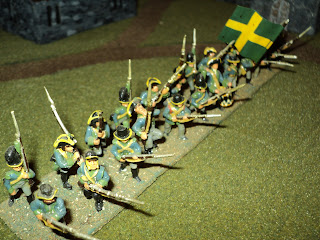 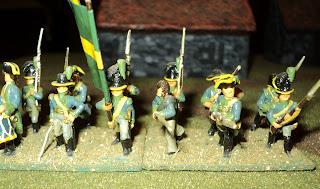 Something to paint your WWII Soviets by....)
Posted by Don M at 9:39 PM No comments: 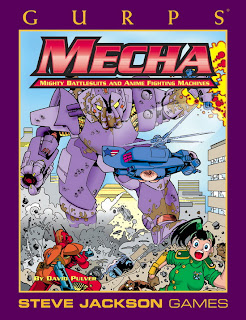 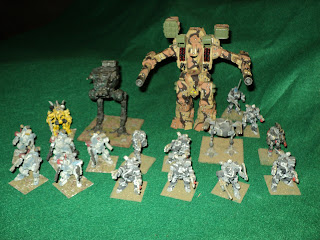 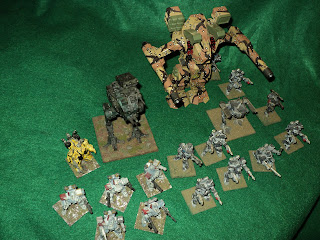 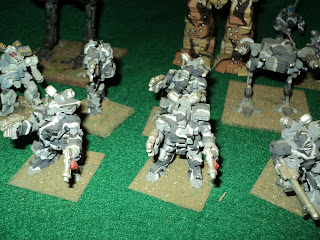 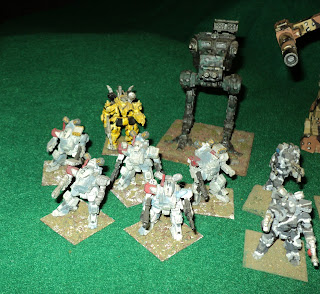 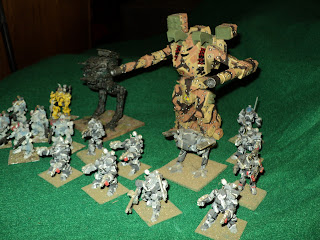 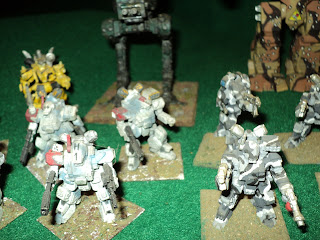 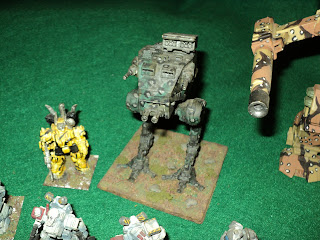 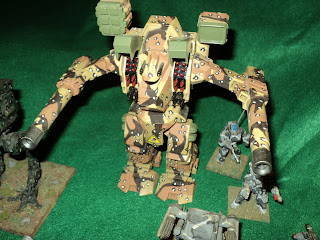 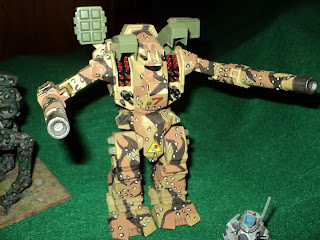 The Mecha Are Here! 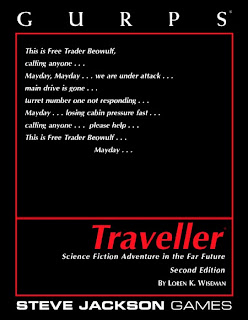 Marc Miller's Traveller is one of the most fully realized game backgrounds ever created . . . a vast empire of over 11,000 systems, with a turbulent history dating back thousands of years. Locales can range from a crowded spaceport to a lonely frontier outpost, from the teeming cities of the Core to the unexplored worlds on the edge of the Great Rift. Characters can be merchant princes, diplomats, soldiers, politicians, nobles, criminals . . . or all of them at once. Political intrigues, trading schemes, mind-wrenching alien enigmas, mercenary raids, wars . . . almost anything is possible.
The newly revised GURPS Traveller, Second Edition melds this exciting universe with the rules system of GURPS, and includes rules for creating new characters and for converting old ones from other Traveller rules systems. It includes a modular starship construction system (fully compatible with GURPS Vehicles) and a space combat system for ship-to-ship encounters.
GURPS Traveller also brings you the official alternate universe for Traveller, in which Emperor Strephon, and the Third Imperium, have survived to face new challenges.

http://www.sjgames.com/traveller/Core/
Posted by Don M at 10:18 AM No comments:

Buck Rogers In The 25th Century 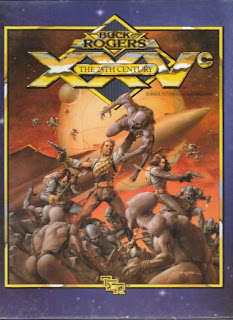 Buck Rogers XXVc (The 25th Century) [BOX SET]
TSR was the grand-daddy of Role Playing Game companies. Best known for Dungeons & Dragons, TSR actually developed many other games (some fine, others less than great), but none ever approached the popularity of D&D.

Interestingly, TSR had much trouble coming up with a science fiction RPG, and wanted badly to emulate the success of the Traveller RPG at rival company GDW. In 1990, they secured the license to the Buck Rogers franchise, and developed a game around it. The game never received a huge audience, but it wasn't for a lack of trying. In addition to game supplements, they published Buck Rogers novels, comics, and even a board game.
from:
http://www.waynesbooks.com/BuckRogers.html 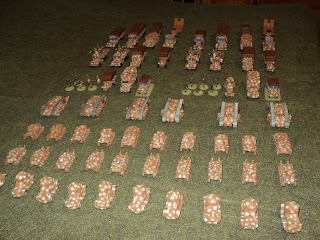 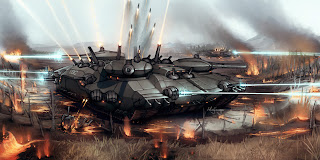 http://concepttanks.blogspot.com/
Posted by Don M at 1:31 PM No comments: 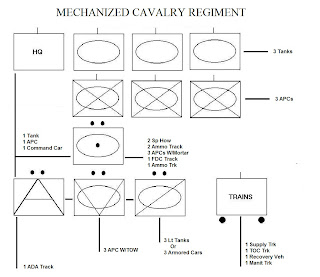 Doing a bit of reorganization of the Brazos Army following some of the Force XXI MTO ideas.
Also following  closely the old Series 78 ideas where each Tank/APC are a company......and
all others are a section/Plt.
Posted by Don M at 10:15 AM 4 comments: