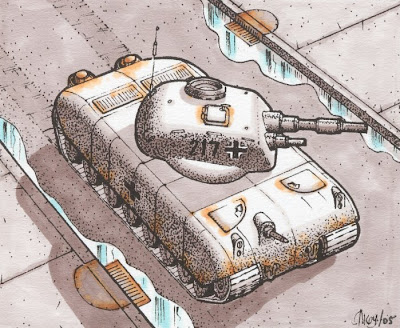 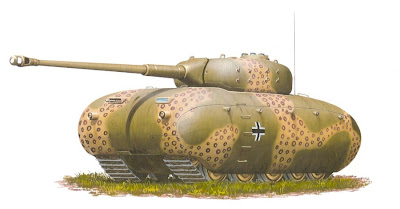 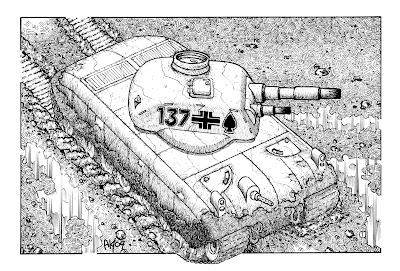 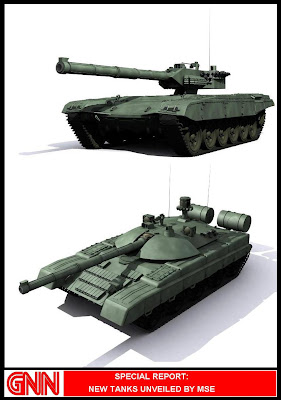 From executive producer Michael Green (NBC’s “Heroes”) comes a riveting new drama about a modern day monarchy. “Kings” is a contemporary re-telling of the timeless tale of David and Goliath. This series is an epic story of greed and power, war and romance, forbidden loves and secret alliances — and a young hero who rises to power in a modern-day kingdom. King Silas Benjamin (Ian McShane, “Deadwood”) is the well-entrenched king of Gilboa, whose flag bears a divine butterfly symbol. Gilboa has its capital in Shiloh, a clean new city that is unspoiled by time or litter. Silas must deal with the tensions rising between Gilboa and neighboring nation Gath. When several prisoners of war are taken, a young soldier, David Shepard (Chris Egan, “Eragon”), defies orders and crosses enemy lines to save them. Unknown to David, the soldier he saves is Jack Benjamin (Sebastian Stan, “The Covenant”), the son of the king. From that day forth, David’s life will never be the same.
David Shepard (Egan) is a small-town mechanic who leaves his family behind to follow his father’s and his brother’s footsteps into the seemingly perpetual “Unification Wars”. On the battlefield he faces the opportunity to rescue captured soldiers and amidst his struggle David becomes a national hero, saving King Silas’ (McShane) only son, Jack (Stan), from the enemy’s hold. From there, David’s climb is steep and swift. He is thrust into the spotlight, to the King’s side, and even before the eyes of Silas’ beautiful daughter, Michelle (Miller). As to be expected, not all goes smoothly as Jack grows jealous over David’s share of attention and even his new military post, one Jack had sought for himself. Silas’ adviser, General Abner (Studi), shares a similar dislike for David and warns that the only way to handle him is “with a bullet.” Even Queen Rose (Thompson) looks to distance her daughter, Michelle, from the “commoner” David. With a story so deep and rich as that of the Biblical David to draw from, “Kings” has the potential to easily become one of NBC’s tent pole programs.
Having watched not just the pilot, “Goliath”, but also the following two episodes in the new series, “Prosperity” and “First Night,” I can tell you that “Kings” aims to go big. From the smallest background detail to the massive cityscapes designed to bring the viewers deep into the fictional country of Gilboa, it all goes for broke. I was impressed not only by creative teams’ ability to rapidly develop my interest in the characters, but also the high-gloss polish of the series giving it a cinema-ready feel. The cast is filled with long resumes of actors and actresses from both the small and big screens. Many times I’ll watch a new series and see an attempt to bring in one or two big names in the hopes they’ll hold everyone else up, but with “Kings” I never had the feeling of a weak link.
“Kings” is one of those series that will easily draw a following. Whether it goes on for years or becomes one of those shows cut short before its time will all depend on how well NBC markets this series. I believe the shift from Thursday’s late night to Sunday’s 8pm primetime slot is fitting for the topic and subject matter. “Kings” will be a series that an entire family could share and enjoy and one in which I am anxiously looking forward to finding out what happens next in the world of Gilboa.
Posted by His Excellency at 1:08 PM 2 comments:

(XX601)-Smoke & Flames
Many of you have asked in the past about the smoke and flame markers we use in the photographs in many of our books and if they are available. We are now able to offer these excellent smoke and flame markers through Flames Of War retailers world wide.
http://www.flamesofwar.com/hobby.aspx?art_id=500
Posted by Bill at 12:18 PM No comments:

Email ThisBlogThis!Share to TwitterShare to FacebookShare to Pinterest
Labels: Announcements, Figures And Modeling, War Games From The Net 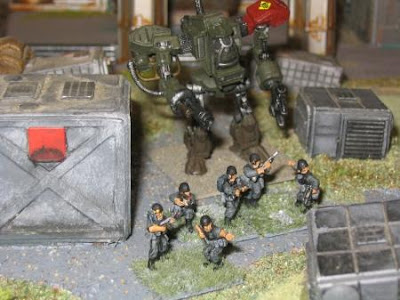 The game is designed for either 6mm or 15mm scales which allows players to choose between skirmish type games or larger brigade size battles. 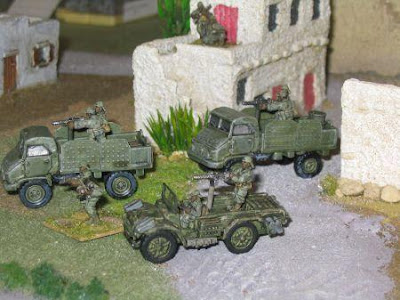 The rules cover all aspects of company size action, infantry storming towns in the middle east aided by armour and supporting helicopters, hunting down rebels in the jungles of East Asia, rooting out terrorists in suburbia and fighting in the Arctic. Also included are rules for snipers, terrorists and suicide bombers, off table artillery and air strikes. Missions will include clearing the streets of rioters, blowing up targets, rescuing hostages, capturing high ranking enemy personnel as well as full scale mechanised attacks. Included are civilians that get in the way or can even turn into an armed mob. Special rules for local militia and rebels to move quickly through the back streets and tunnels in the terrain cover zones. Major Power forces have to get their casualties to safety and cant just blast everything in sight, because the media don’t want civilian casualties. Superb rules for armoured vehicle combat, helicopters, off table artillery and air strikes ......Just about everything for recreating modern war on the tabletop.
http://www.hammerwargames.com/page7.html

http://groups.yahoo.com/group/Metalstorm/
Posted by Bill at 10:55 AM No comments: 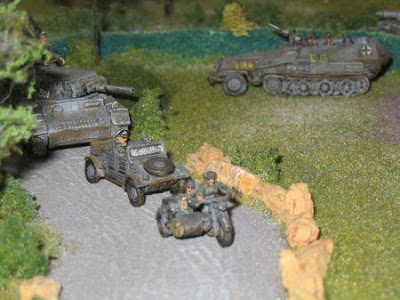 Metal Storm WW2 rules bring to you a great new World War Two rule system. The mechanics are the same as the modern rules so you only have to learn one system to play both WW2 and Modern. They are Company size actions for both the Pacific War and the War in Europe and Africa They can be used for any scale figures, 15mm, 20mm even 28mm. The basic unit is the platoon of infantry which is represented by 6 or so bases of figures including support weapons. The armoured vehicle rules are very realistic. They are ideal for battles in city streets and have unique mechanism for leaving stands in over-watch to cover road junctions.With rules for Sea landings and landing craft, engineers, airborne, off table artillery, accurate aircraft attacks, terrific terrain rules, the game just flows along. Metal Storm - rules for WW2 wargamers.....

http://groups.yahoo.com/group/Metalstorm/
Posted by Bill at 10:51 AM No comments: 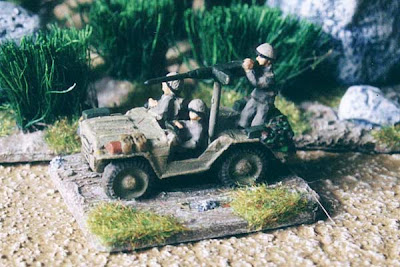 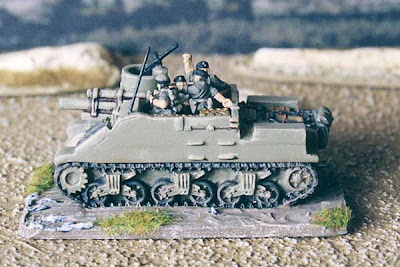 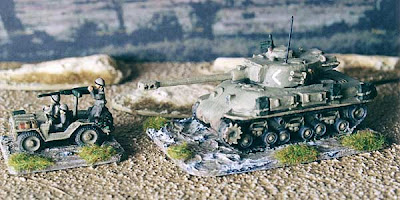 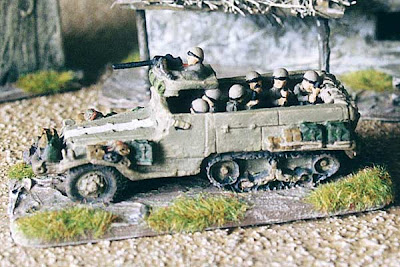 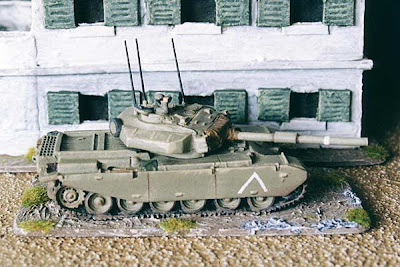 A Miniature wargames campaign featuring rival warlords
battling for power in an imaginary historical setting based
on Africa in the early 1980s.
This web site is dedicated to the Ztum - Setum wargames
campaign being run by members of the South East Scotland
Wargames Club using the AK47 Republic rules from the Rules
for the Common Man (RFCM) team at Peter Pig. The name
Ztum-Setum comes from the names given to the campaign
area by two groups of tribes. The highland tribes call it Ztumsia
while the lowland tribes insist on Setumsia.

Email ThisBlogThis!Share to TwitterShare to FacebookShare to Pinterest
Labels: AAR, Campaigns, Figures And Modeling, War Games From The Net 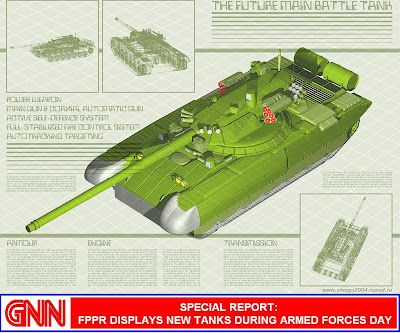 The New Galactic Dreadnaught is HERE!
This mini is the re-inforcement that the Galactic Alliance
need in their dire hour! This beast is almost 4 ounces and
is around 3" (76mm) long!
http://www.geocities.com/Area51/Meteor/4155/recent/brandnew.html
Posted by His Excellency at 10:19 PM No comments: 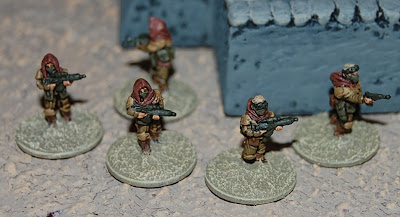 We have been called Rebels... Nomads... The Scourge... You
call us these things in disgust but we wear these names as
badges of honor. For one day Sahad shall return... and we
shall inherit the universe." -From the Book of Sahad.Rebel
Minis is proud to present the Sahadeen! The Sahadeen
Infantry Pack comes with 21 15mm Miniatures(One SGT.
and 4 Sahadeen poses). Sculpted by Martin Baker, these are
highly detailed and a must for any Sci-Fi gamer!
http://www.rebelminis.com/sahadeenarmy.html
Posted by His Excellency at 9:40 PM 1 comment: 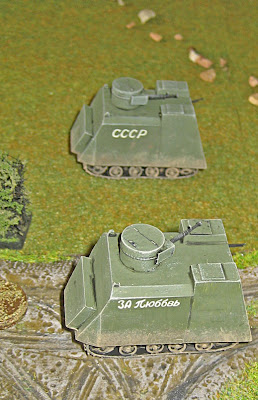 Wargames & Models (20mm & 6mm)
http://homepage.ntlworld.com/bob_mackenzie/index.html
Posted by His Excellency at 2:20 PM No comments: 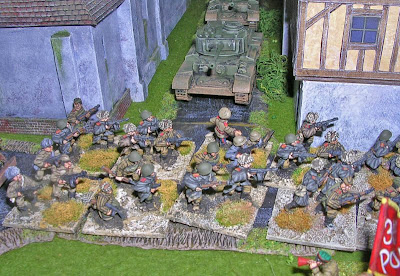 The game took place 16/12/07 at Chris's house. Ian Armstrong
(of Armstrong Models) and I played the Brits. Chris and Rob
played the Russians. All the British kit except a couple of M5's
was supplied by me; Ian helped with the M5's. Chris and I supplied
the Soviets helped by Rob who supplied the Russian cavalry