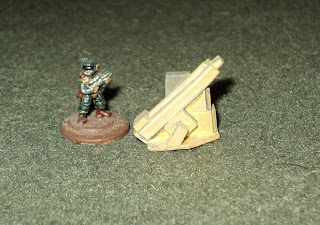 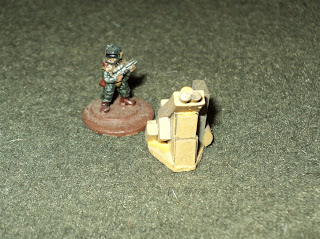 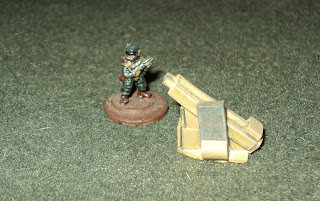 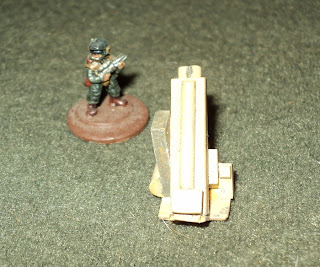 Mortar Design idea for Armies Army, This was done by my buddy Mel a few years back.
Posted by Don M at 12:38 PM 2 comments: 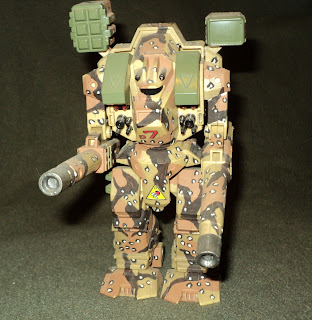 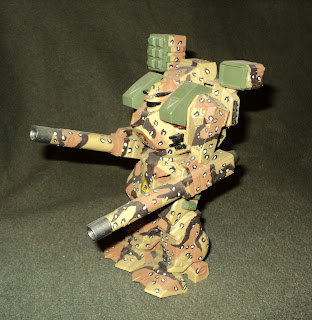 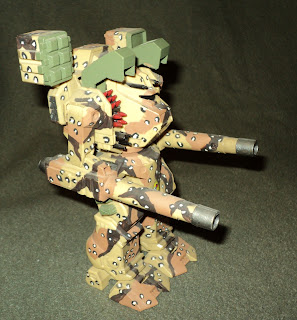 Armies Army: KICKSTARTER IS LIVE...: I am very pleased to announce the opening of my kickstarter project! Its taken a little longer then hoped and I probably have the odd mis...
Posted by Don M at 7:30 AM No comments:

Inspired by A Fist Full Of Plastic...I put this together.

A fist full of Plastic: An Experiment.

A fist full of Plastic: An Experiment.: I have been playing around making  short clips using photos of various wargames. Here is one I made earlier tonight. It will be interesting ... 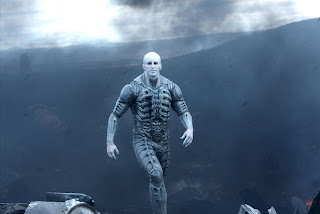 After all the hype and bad press, I picked up the DVD and found
the film rather entertaining, it answered a few of the background
questions of the Alien universe. Far more (were deliberately) left
to be answered by subsequent films, over all on a 1 to 10 scale I
give it a 7.
Posted by Bill at 8:50 PM 2 comments:

Email ThisBlogThis!Share to TwitterShare to FacebookShare to Pinterest
Labels: Movies

Rayguns and Space Suits: Awesome new thing: Mecha Monday!: Because like a incontinent person, this blog needs some regularity, I'm creating a new weekly feature that (should) run every Monday: Mecha ... 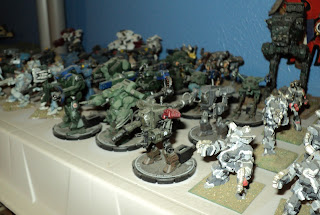 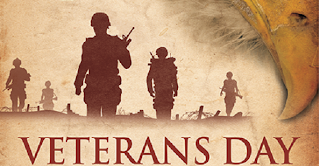 My thanks to my Grandfather, who escaped Nazi Germany and fought throughout the Pacific and in occupied Japan with the US Army, and to my great uncles on my mother's side that served in every service  during WWII. To father and uncle that served in Korea, my youngest uncle (who is more of
a big brother to me) who served in Vietnam. Thank you also to all that served through out the cold
war and Desert Storm with me, and lastly to all those that have served and continue to serve in these troubled times, my thoughts hopes and prayers are with you all, as well as my profound gratitude...
Posted by Don M at 3:11 PM 2 comments:

Some Rare Biggest And Heaviest Tanks Of WWII 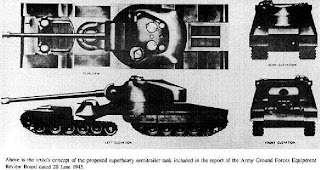 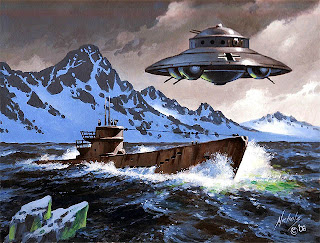 The Second World War was a period of remarkable advances in
technology and many new weapons were invented during this
period, some of which entered production and actually saw service
in the war, while others never left the drawing board.

http://www.darkroastedblend.com/2009/04/wonder-weapons-of-world-war-two.html
Posted by Don M at 10:48 PM No comments: 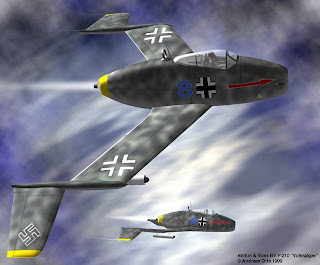 Email ThisBlogThis!Share to TwitterShare to FacebookShare to Pinterest
Labels: Aircraft

At the beginning of the Second World War, the Japanese Navy (or, in the Japanese language, Nihon Kaigun, or even Teikoku Kaigun, the Imperial Navy) was arguably the most powerful navy in the world. Its naval aviation corps, consisting of 10 aircraft carriers and 1500 topnotch aviators, was the most highly trained and proficient force of its kind. Its 11 (soon to be 12) battleships were among the most powerful in the world. And its surface forces, armed with the superb 24" Type 93 (Long Lance) torpedo, were incomparable night fighters. How and why this impressive force was eventually crushed by the U.S. Navy is a subject that has fascinated me practically forever. Maybe I'm just intrigued by the underdog. In any case, this page is devoted to the proud navy that lost the Pacific War.

http://www.combinedfleet.com/kaigun.htm
Posted by Don M at 10:21 AM No comments:

The Burning Tank By Andrei Pervukhin 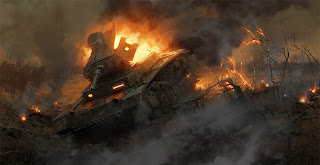 This should be the cover of a WWII miniatures rule book!
http://concepttanks.blogspot.com/
Posted by Don M at 9:12 PM 1 comment:

Email ThisBlogThis!Share to TwitterShare to FacebookShare to Pinterest
Labels: Artwork, The Early Years