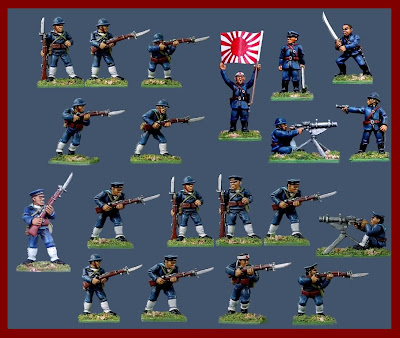 Posted by His Excellency at 10:59 PM No comments: 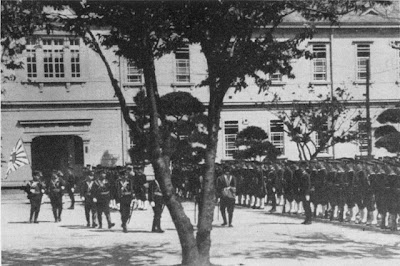 By far the most unique in aspect of all the organizations found within the Empire Of The Sun And Flame is that of the Imperial Navy and it's direct relationship to the imperial family.Add to this relationship or perhaps because of it, the quite large land forces found within a naval organization. Unlike the Daimyo Samurai and Regular Army regiments,the Naval Infantry and Marine regiments are highly trained and professional lead by officers with a blood tie to Imperial family. Also unique is where the Daimyo Samurai and Regular Army regiments use almost no foreign experts, not so the imperial navy they are known to pay well in gold for the best in both technology and military innovation. It is not uncommon to find foreign experts at the naval academy and other training units giving classes in the latest tactics to be found on the planet.Recruitment into the Imperial Navy is almost exclusively from provinces and cities that have been in the possession of the Imperial family for generations, in short these sailors and marines are almost pathologically loyal.

In his memoirs a well noted general of Insula Mucronis,said when facing the blue coated Naval Infantry and Marines " What a hard and costly fight, they are the finest infantry on the planet, thank the gods there are so few of them!"
Posted by His Excellency at 4:14 PM No comments: