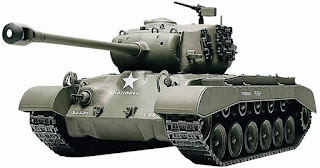 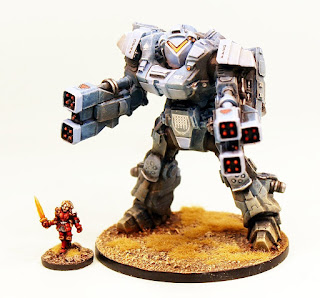 "The largest walkers in the Prydian Precinct the Magogs are a class of war machine which tower over all others. Piloted by a pair of veteran crew each Magog carries the mightiest weapons into battle and is the equal to the finest of other armoured vehicles. They are giant knights. They are the mecha of the Marcher Barons and among them the Targa Works type 50 variants rule supreme. Magogs are giants of legend given titanium alloy form in the war against the Khanate.”

This pack contains one 15mm scale large walker or Mecha called a Magog. This Magog is the Arcus 50A which is a longer range encounter type of war mecha armed with an Anda 115mm Missile Pod cluster on the end of each arm (see page 58 of Callsign Taranis). The kit is composed of nine high quality grey tone resin pieces which are standing pose legs, upper body, Armet style head cockpit, upper left arm, left weapon mount, upper right arm, right weapon mount and two jet units one for the rear of each arm. Easy to assemble and durable as a playing piece. When building there is choice in torso rotation and arm pose and head direction.

When assembled this model stands about 80mm tall. Supplied unpainted and unassembled without a base (shown on our IAF167 75mm round base). You can purchase one kit or three kits saving more on screen. 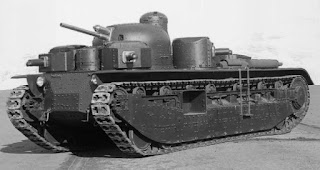 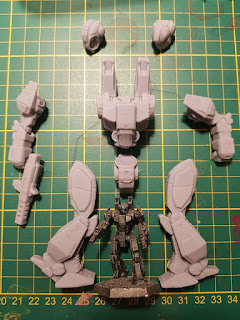 Firebird up scaled to 1/100. Master came out amazingly, we should be able to cast them before the end of the week! 1/285 version for scale. 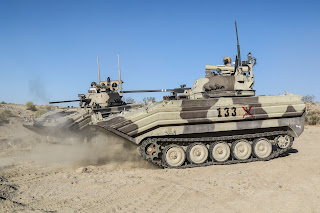 SITUATION UPDATE 17/4/20:First off, my apologies for the delay in posting this update, and special thanks to those of you who contacted me to check that everything was OK! All is good here at the moment with both business and family, and I hope the same applies to all of you out there.The response to the first phase of the Lockdown Special Offer was enormous - thanks to all of you who ordered - and even since it ended two weeks ago, orders have still been coming in at a good steady rate.
There WILL be a Phase Two of the offer, as promised, which will feature the FT Starships ranges - but for various reasons I will not now be starting it until around the beginning of MAY. I have a number of things that I need to catch up on between now and the end of April, and while I will be able to handle a normal amount of orders in that time I don’t want to get overwhelmed and unable to keep with them - and if the reaction to the earlier special on the 15mm ranges was anything to go by, that could easily happen when the FT offer starts!
The postal services appear to still be generally working OK, but in the last week or so I have become aware that some mailings are taking a little longer than normal to arrive; domestic First Class mail is now taking two or even three days in some cases, and even Special Delivery packets are sometimes taking two days rather than the usual next day service. I don’t have a lot of info on how other countries’ postal services are coping, but for airmail packets to the US (for example) I would tend to expect 10-14 days at the moment rather than the usual 5-7 days.If any of you would like to take a few moments to let me (Jon) know via email when your packets arrive, that would give me some useful feedback on how the various services are performing and what advice to give other customers.
Please check back here now and then for further updates and more news - there may even be some more NEW RELEASES soon…Thanks again to everyone - keep safe, keep healthy, and keep painting - the day will come when we can all face our friends and opponents across the tabletop battlefield again!
Jon (GZG), Friday 17th April 2020.
..............................................................
www.gzg.com    or    https://shop.groundzerogames.co.uk 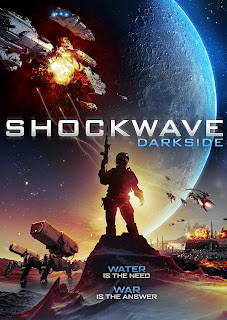 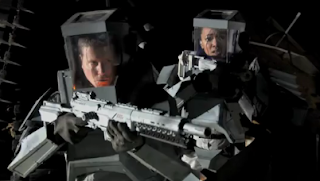 This falls under the "Bad Movie, good wargame category : Shockwave Darkside: Using GZGs  Moongrunt forces or some such, would make for an enjoyable game.....
The movie it's self is a rather low tech (in computer graphics anyway) affair with mediocre acting at best. It's translation to table top play would be IMO very easily done

:)
From the film bio:
It is the last, great war. Out of the wreckage of a troop transport, five soldiers on the way to battle find themselves stranded on the dark side of the moon. Cut off and behind enemy lines, they start a dangerous journey through snipers and minefields back to their home territory. As their numbers dwindle and nerves fray, they make an amazing discovery about the moon that just might save their lives.
Shockwave Darkside 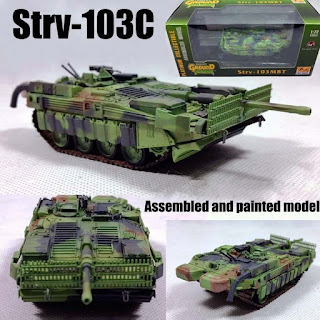 WW2 was a huge testing ground for tank industries all around the world. Sweden, though, stuck to its own path. Swedish designs weren’t tested in real combat, but Swedish engineers were eager to learn from any successes of their foreign counterparts
Posted by Don M at 1:24 AM No comments: 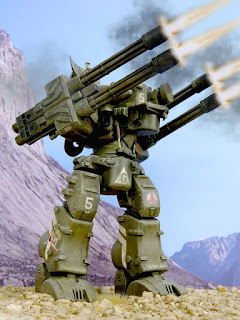 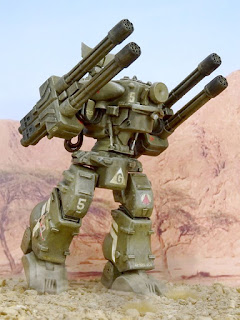 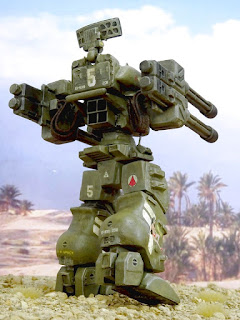 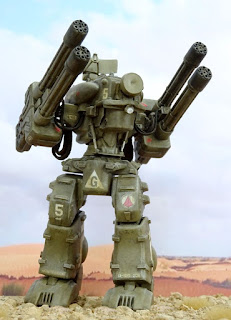 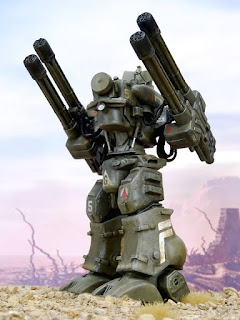 By Dizzy more of his amazing model conversions. This is one of a series that he's done in 1/100 which inspired a project I have yet to begin. He used a 1/72 Russian Tunguska to base the upper torso.
Posted by Don M at 1:18 AM 2 comments: 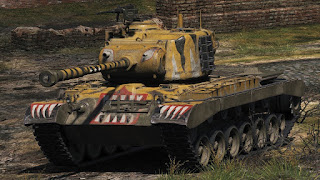 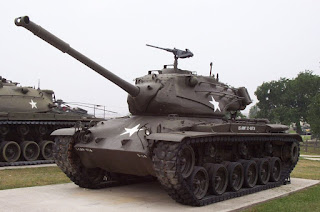 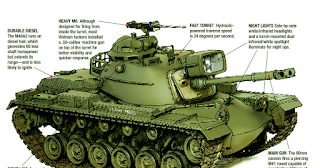 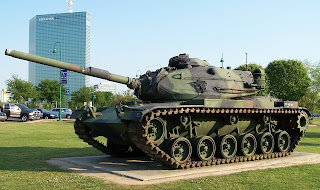 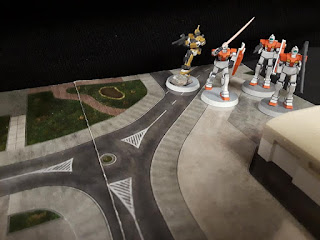 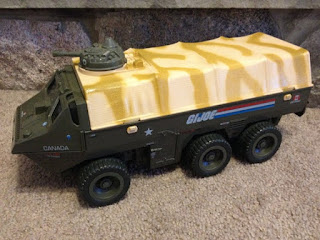 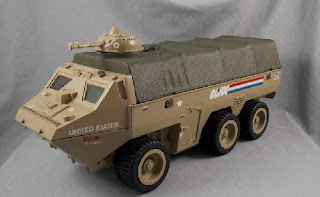 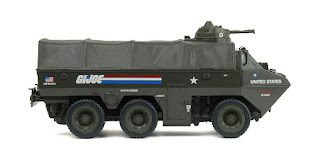 G.I.Joe On The Tabletop: Cobra Eels and Cobra Lampreys 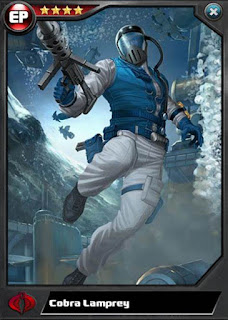 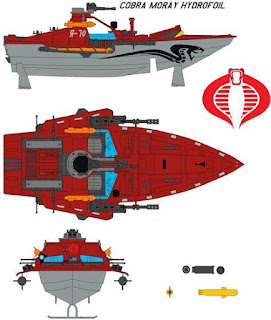 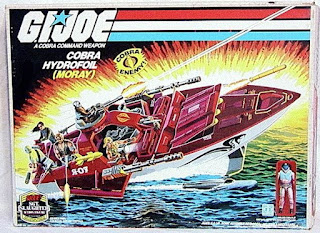 A very dark sci-fi film! Hope they do a second part!
Posted by Don M at 4:05 PM No comments: