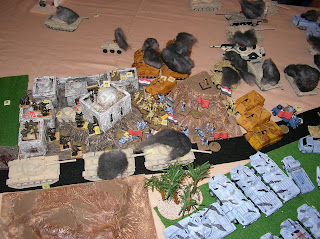 A fist full of Plastic: Summer Anti Nod Offensive Pt. 3.: On the other side of Dun Masud, the HNG advance was going very well. Due to a misunderstanding Frank had assumed that the HNG armour on this...
Posted by Don M at 8:06 PM No comments: 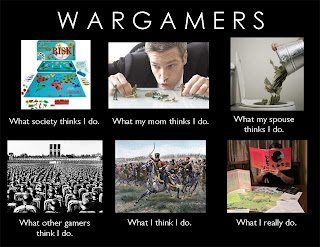 Monty's War Gaming: Interlude, just for a laugh...: Saw this on FB and it gave me a chuckle... That's it for now, Monty 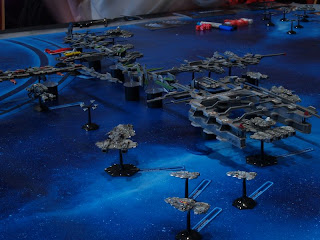 Indy saw this posted to Facebook earlier this week. The station is
rather...intricate. I particularly like the spacedock shots (#7 and 10). 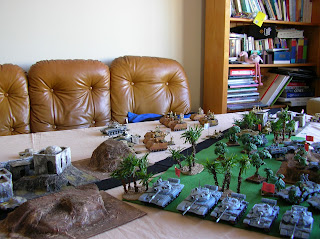 A fist full of Plastic: Summer Anti Nod Offensive Pt. 2.: Continuing the AAR from last post, here is some more from last saturday's game with Frank. Both sides were Troop Quality: Experienced, Mora...
Posted by Don M at 12:32 PM No comments: 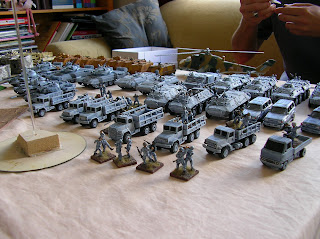 A fist full of Plastic: Summer Anti Nod Offensive 1987 Pt. 1: I decided that I needed to play a nice heavy metal scenario with some of the armour that I had been painting up. To give the game some conte...
Posted by Don M at 12:07 PM No comments: 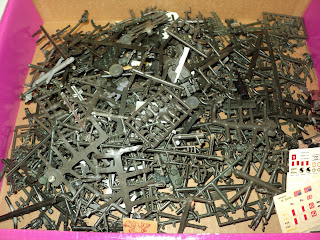 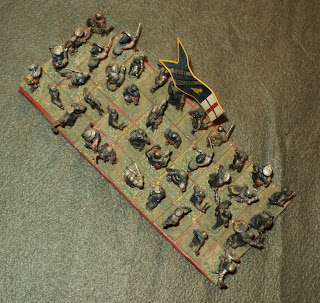 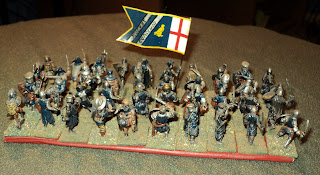 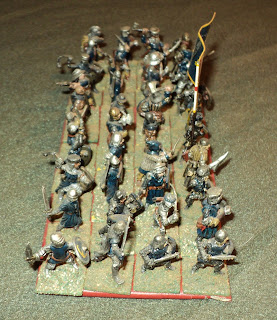 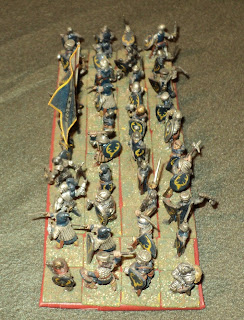 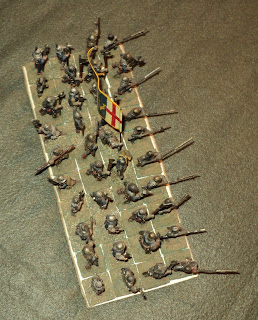 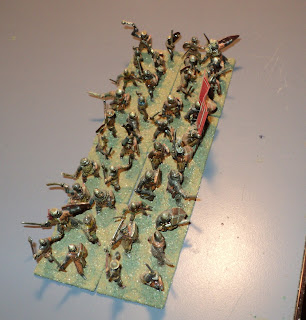 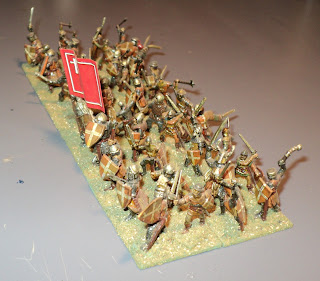 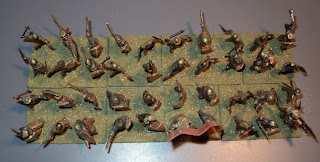 These are a mix of old 25s and Revel Plastics
http://hillcantons.blogspot.com/2012/02/alternatives-to-metal-plastic-28mm.html
Posted by Don M at 1:48 PM 4 comments: 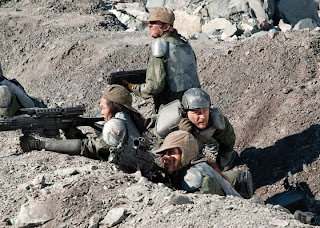 Trenches is an American science fiction web series directed and produced by Shane Felux, creator of Star Wars: Revelations. The show will premiere on Sony Pictures Entertainment owned Crackle on February 16, 2010. The show was written by Dawn Cowings and Sarah Yaworsky, and Aaron Mathias, Mercy Malick, Lev Gorn, Hong Chau, Daz Crawford, and Scott Nankivel star.New episodes will stream on Mondays, Wednesdays, and Fridays through March 5, 2010. Trenches was originally produced in 2007 for Disney's Stage 9, a web video venture company, but has since been licensed to Crackle

Locked in a grueling war on a backwater planet, two enemies find themselves abandoned by their own. They must put aside their differences and work together if they are to survive. And they better do it quick - they are not alone on this rock

The Complete Guide to Fantasy War? 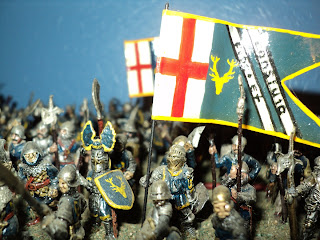 Ideas for something in May
Features:
Abstract Mass Combat Rules. Think the paper and pencil rules of Mentzer's Companion set, minus a layer of bean-counting and with more options for pre-battle strategic and tactical choice and stratagems. Play will be enhanced by optional use of simple card or hex and cardboard mini-games (templates and materials to be included with the book).
Skirmish and Small Battle Miniatures Rules. This is the current core of By this Axe. Fast and furious rules for running fantasy and medieval-era battles with one figure being the equivalent of either 5 or 20 in-game creatures. They were des
Big Battle Miniatures Rules. A larger scale system for running the truly epic battles at 1:50 and 1:200 scale.
Siege Rules. Comprehensive rules for storming castles and other strongholds for both miniatures and the abstract combat rules. Guidelines for both the long, slow wearing down of fortifications and the sudden sharp shock of an assault.
Free Form War. Guidelines for using a simple, free-form “matrix-game” resolution for military affairs.
Battles as Adventure Locales. A chapter on how a GM can use battles, sieges, raids, etc. directly in a more traditional rpg session.
Guide to Affordable Alternatives to Miniatures. There is more than one way to get the experience of a miniatures tabletop without breaking your pocketbook. A rundown on proven shortcuts will be explored here.
Simple Campaign. A simple, abstract way to run battles, skirmishes, and raids with little book-keeping. A simple system will handle recruitment, objectives, operational maneuvers, and logistics.
Grand Campaign. The down-and-dirty granular way to do the same above. Heavy emphasis on the detailed bits that grease the sinews of war.
http://hillcantons.blogspot.com/2012/02/complete-guide-to-fantasy-war.html#comment-form
Posted by Don M at 2:21 PM 2 comments:

Email ThisBlogThis!Share to TwitterShare to FacebookShare to Pinterest
Labels: Ancient and Medieval, Announcements

Supreme Leader Shabazz Aladeen gave a great gift to the world when he decided to be born. He was seventh son of the glorious Wadiyan President-For-Life Omar Aladeen. His mother was an Air France stewardess who tragically died of an oxygen underdose shortly after Aladeen’s birth in 1982 – this fact means he is now 30 years old. Any photos you may have seen of Aladeen as a child in the mid-70s, including a great one of him at the premiere of Saturday Night Fever, were doctored by the corrupt Zionist Western media.

When Aladeen was just a child, his father Omar died in a tragic hunting accident when he was hit by 97 stray bullets and a stray grenade. Shortly afterwards, Omar’s Chief Advisor suggested that Aladeen should be officially declared the successor. The supremely-humble Aladeen responded by accepting the position and then shot the man for challenging the rule of his father. Aladeen righteously declared his father Eternal President of the Republic and called for free elections to determine who would serve as Vice-President under his dead father.

Aladeen’s childhood was filled with tragedy; all six of his older brothers met with the most accidental of deaths. The eldest slipped on Aladeen’s Hot Wheels cars and fell down the stairs while babysitting Aladeen. Another brother fell and impaled himself through the eye on Aladeen’s “Action Jackson” action figure -- again while babysitting. Another was murdered at age 12 by General Motors when his Pontiac Trans Am put itself in drive and ran him over. Tragically, Aladeen’s remaining three brothers perished in a typical suicide pact by simultaneously shooting themselves in the back multiple times with automatic rifles.
http://www.republicofwadiya.com/
Posted by Don M at 5:58 PM 8 comments: 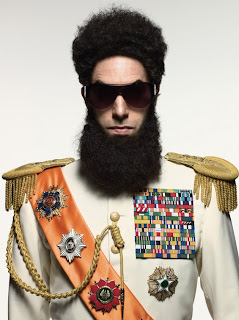 http://movies.yahoo.com/movie/the-dictator/trailers/the-dictator-teaser-trailer-27612908.html
Check this out : http://www.republicofwadiya.com/
Posted by Don M at 7:03 PM 7 comments:

Has noting what so ever with gaming or history, or science fiction...but a good laugh...)
Posted by Don M at 2:06 PM 3 comments: