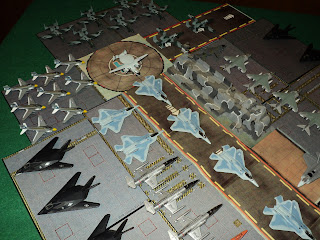 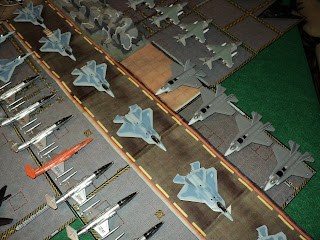 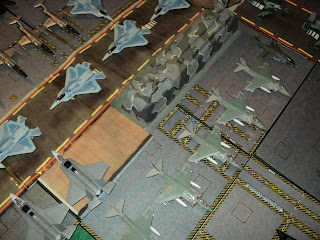 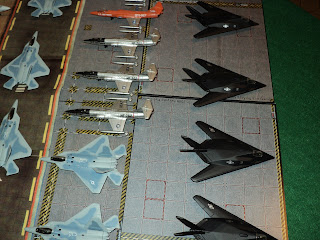 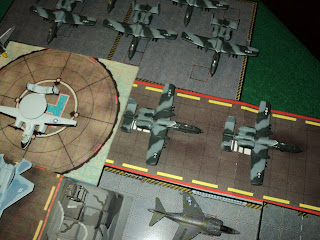 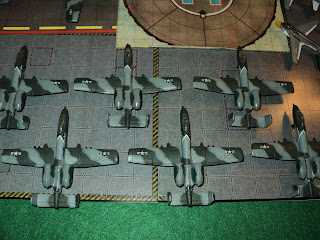 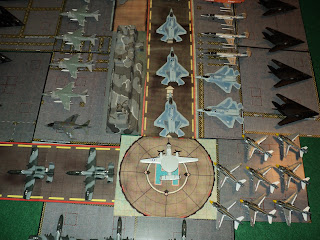 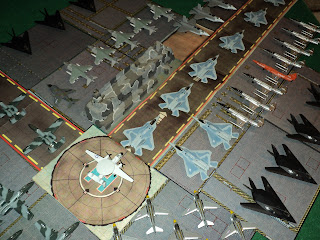 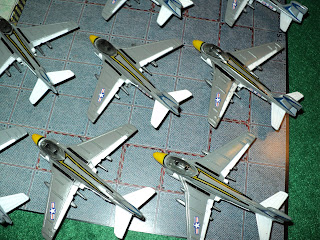 The Adventures of Tintin : The Secret Of The Unicorn Trailer #2

The Falklands War took place during the filming of this show...very real world!
You can see all the episodes on Youtube
Posted by Don M at 1:05 PM 3 comments: 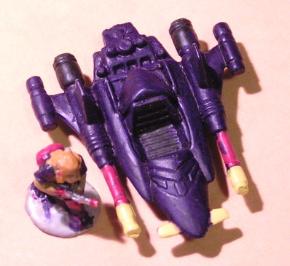 Super Galactic Dreadnought: Fixing Blogger's new "feature": You may have noticed when clicking on blog photos recently, that instead of getting a larger version of the picture, Blogger just displays t...
Posted by Don M at 10:29 AM No comments: 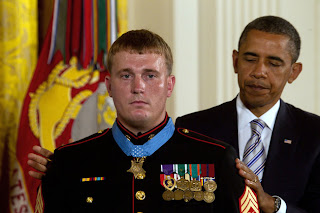 U.S. President Barack Obama has awarded the Medal of Honor, the nation's highest military decoration, to a former Marine Corps corporal for extraordinary bravery while he was serving in Afghanistan. Ceremeny took place Thursday ceremony in the White House East Room.

A native of Kentucky, former Marine Corporal Dakota Meyer already had received a Purple Heart and other decorations for service in Operation Iraqi Freedom and in the military's Operation Enduring Freedom in Afghanistan.

After the White House ceremony, he is now the third living military veteran and first Marine to receive the Medal of Honor for service in those countries, and the first living Marine to be so honored since 1973.

He is among 10 individuals, living or dead, to receive the Medal of Honor for heroism in Iraq or Afghanistan, and the 6th veteran of the Afghan conflict to be so honored.

"The president of the United States in the name of the Congress takes pleasure in presenting the Medal of Honor to Corporal Dakota L. Meyer, U.S. Marine Corps, for conspicuous gallantry and intrepidity at the risk of his life above and beyond the call of duty while serving with the Marine Embedded Training Team 28, Regional Corps Advisory Command 37, in Kunar Province, Afghanistan, on 8 September 2009."

A turret gunner and driver in Afghanistan, Meyer was with an embedded Marine training team on September 8, 2009, when it came under fierce Taliban fire while traveling to a village in the Ganjgal Valley.

He made five trips in his armored Humvee into Taliban fire to save 13 Marines and U.S. Army soldiers, and 23 Afghan government troops. Although he was wounded, he returned to the danger zone to help other wounded forces and retrieve the bodies of four U.S. soldiers.

President Obama spoke at the ceremony.

"Today we pay tribute to an American who placed himself in the thick of the fight - again and again and again," said President Obama. "In so doing, he has earned our nation's highest military decoration, the Medal of Honor.'

Obama noted that Meyer, then a corporal but now a sergeant, in what is called the Individual Ready Reserve for Marines that can be called back to active duty, was only 21 years old when the event took place in Afghanistan.

There was some humor during the ceremony. President Obama said that when his White House staff first telephoned Meyer at his civilian job to tell him he would receive the medal, he remarked he could not take the call, saying, "If I don't work, I don't get paid." Mr. Obama said the White House arranged for Meyer to receive the call during his lunch break.

"Dakota is the kind of guy who gets the job done," said the president. "And I do appreciate Dakota your taking my call."

The day before the ceremony, Sergeant Meyer and the president shared a quiet moment and conversation over beers on an outdoor patio near the Oval Office.

In the audience for the ceremony were Meyer's father, grandparents, family and friends from Kentucky as well as members of his former Marine unit in Afghanistan and the Commandant of the Marine Corps, General James Amos.

Describing Meyer as a modest man, and before draping the medal around his neck, Obama said the occasion was significant for another reason.

"It is fitting that we do so this week having just marked the 10th anniversary of the [September 11, 2001 terrorist] attacks that took our nation to war because in Sergeant Dakota Meyer we see the best of a generation that has served with distinction through a decade of war," he said.

Because of Dakota Meyer's bravery and courage, President Obama said, 36 men are alive today and four fallen American heroes came home, so their families could lay them to rest.
Posted by Don M at 10:30 PM No comments:

Making slow progress this week , did a bit of painting and rearranging, come to the realization that I need to put the armor on one table and soft skin transport on another...) 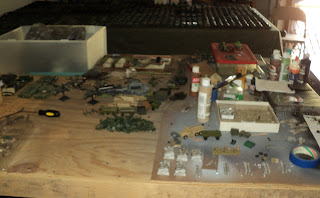 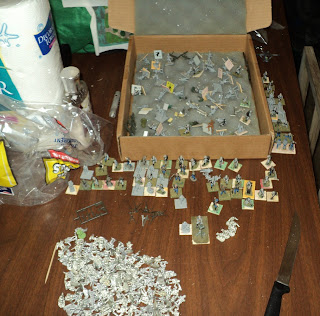 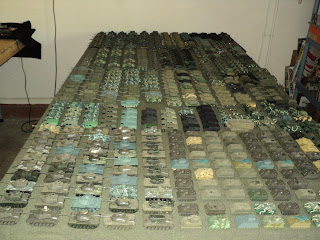 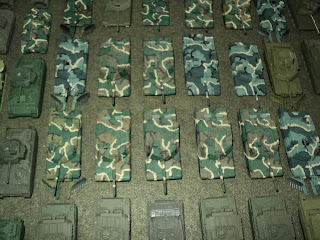 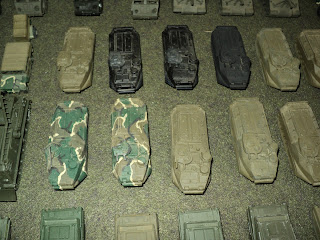 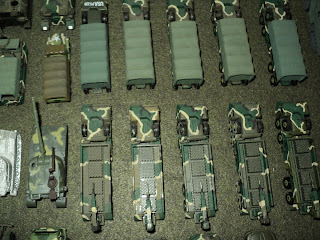 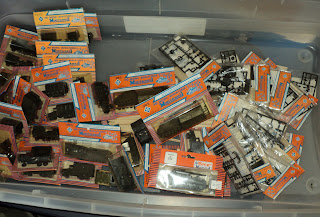 Going to use Tim Gow's box idea per unit and my standard Series 78 inspired MTO. 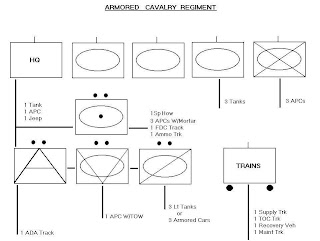 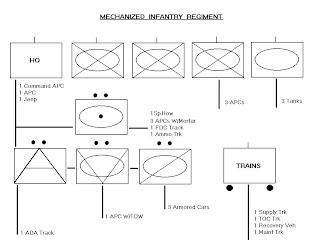 Email ThisBlogThis!Share to TwitterShare to FacebookShare to Pinterest
Labels: Figures And Modeling, MTOs

And where is Mel? Really miss Force XXI minis, I do have a large
force of them and for all of you that don't know, the very reason
for this blog was started on Force XXI yahoo group! So I hope Mel
is back up and running!
Posted by Don M at 1:27 PM No comments:

Also take a look at his web page!

http://peterswar.com/index.htm
Posted by Don M at 12:06 AM No comments: 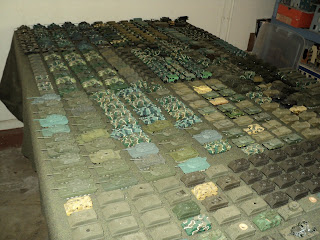 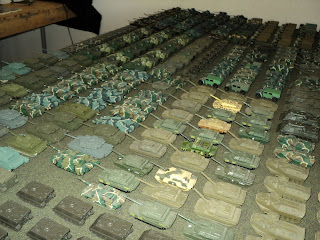