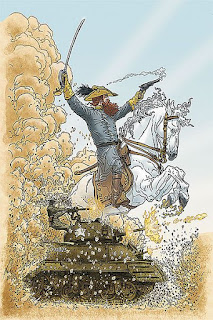 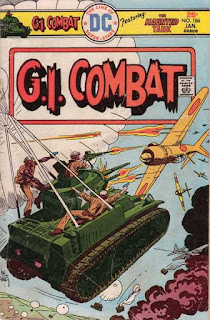 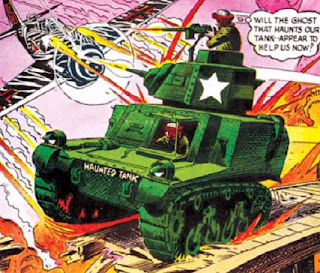 Haunted Tank was created by writer and editor Robert Kanigher and
artist Russ Heath in G.I. Combat #87 (May 1961).The feature centers
on the ghost of 19th-century Confederate general J.E.B. Stuart, who is
sent by the spirit of Alexander the Great to act as a guardian over his
two namesakes, Lieutenant Jeb Stuart (named in the early stories as
Jeb Stuart Smith, but eventually just shortened to Jeb Stuart) and the
M3 Stuart that Jeb commands.

"The Haunted Tank" was often the cover feature of G.I. Combat and
was second only to Sgt. Rock as DC Comics' longest-running war
series.

About the same here!